In Search Of Zarathustra: The First Prophet and the Ideas that Changed the World por Paul Kriwaczek 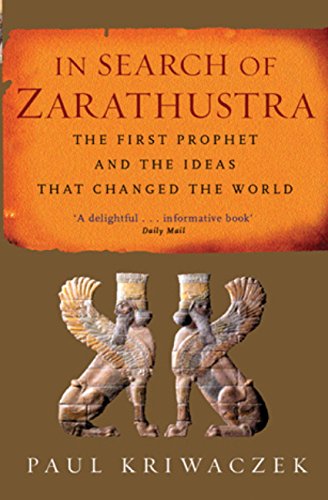 Paul Kriwaczek con In Search Of Zarathustra: The First Prophet and the Ideas that Changed the World

A quest to find the most influential religious teacher in the ancient world: Zarathustra.

IN SEARCH OF ZARATHUSTRA is a quest to trace the influence of the prophet the Greeks called Zoroaster and considered the greatest religious legislator of the ancient world. Long before the first Hebrew temple, the birth of Christ or the mission of Muhammad, Zarathustra had taught of a single universal god, of the battle between Good and Evil, of the Devil, Heaven and Hell, and of an eventual end to the world.

Over several decades, Paul Kriwaczek, an award-winning television producer, has cast his eye across Europe and Central Asia, from Hadrian's Wall to the Oxus river, from the Pyrenees to the Hindu Kush.

Passing via Nietzsche's interpretation of Zarathustra for a post-religious age, the Cathars of 13th-century France, the Bulgars of 9th-century Balkans, and the prophet Mani's revision of Zarathustra's message in the later Persian empire, Paul Kriwaczek then explores the religion of Mithras - before going back past Alexander the Great's destruction of the Persian Empire, and the era of the great Persian kings Cyrus and Darius in the 6th century BC, to the beginning of the first pre-Christian millennium.