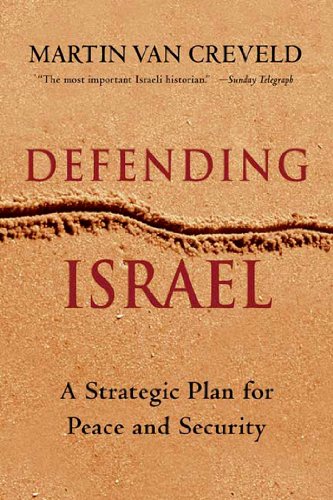 Israel is a tiny country. From tip to toe, it stretches 260 miles long but is only 60 miles at its widest point. Since the days of the British mandate, the question of "defensible borders" for the Jewish state has always been problematic. Yet considering the larger picture of what has happened in the Middle East over the last 25 years -- the peace treaties with Egypt and Jordan, the weakening of Syria as a result of the collapse of the USSR, the smashing of Iraq by the U.S. -- Israel is, militarily speaking, stronger than ever before. The greatest remaining threats are terrorism and guerilla warfare; and those, this book argues, are best dealt with territorial concessions. Martin van Creveld's Defending Israel is a compact, incisive study that is certain to draw attention.