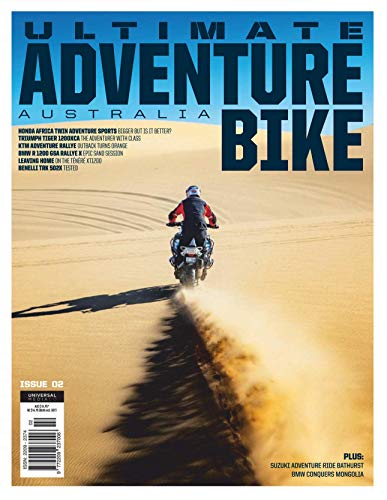 BMW has unveiled the much- speculated-about 2019 R 1250 GS and the big news is the advances in the boxer engine. The latest iteration
of the famous family line features a new,
84cc larger engine that produces a claimed
additional 11 horsepower (taking it to 136hp)
and another 13ft/lbs of torque at 7750rpm.
Another highlight of the new engine is the
variable valve timing, or BMW ShiftCam
Technology, which BMW says “enables
variation of the valve timings and valve
stroke on the intake side. In addition,
the intake camshafts are designed for
asynchronous opening of the two intake
valves, resulting in enhanced swirl of the
fresh, incoming mixture and therefore
more efective combustion. Other technical
changes to the engine relate to the camshaft
drive — now taken care of by a toothed chain
(previously a roller chain) — an optimised oil
supply, twin-jet injection valves and a new
exhaust system.”
The engine also now features two knock
sensors to accommodate fuels less than RON
95, which is smart thinking given fuel quality
is far from assured on the road.
The new R 1250 GS now has the equipment
feature Connectivity as standard, including
a 6.5-inch full-colour TFT screen. This
means you can connect to your BMW via a
Bluetooth helmet comms device and make
calls or listen to Fleetwood Mac. It can
also be used in conjunction with the BMW
navigation app which throws from your
phone to the TFT screen.